615 Spotlight: Rachel Holder Stands Out With ‘In Your Arms,’ Lady Gaga Cover 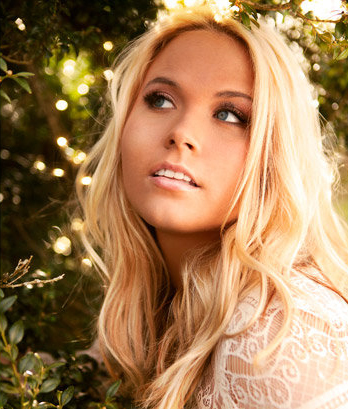 Spend any amount of time with singer Rachel Holder, and you will indeed be charmed by the wide-eyed innocence and stunning vocal range of the East Tennessee native. She recalls a night where she showed just what nerve she had — much to her parent’s surprise.

“I was at a Vince Gill concert in my hometown of Chattanooga,” the Curb artist recalls. “I was in the second row, and I was with my parents.” They could see the fire burning in their daughter’s eyes.

“They said to me ‘We know what you are about to do. Please don’t embarrass us,” she remembers with a laugh. “I told them I was going to get on stage with him before the night was over. He had just got done performing ‘Go Rest High On That Mountain.’ Then, it got really quiet in the auditorium. There were about 5,000 people there. I raised my hand, and said ‘Mr. Vince, can I sing a song with you? He said ‘I normally don’t do this, but come on up here.’ We sang ‘Oklahoma Swing’ together, and after that, he said ‘You did Reba proud.’ It was a really great moment.”

Holder has enjoyed a lot of great moments as of late, touring around the country while promoting her single “In Your Arms” at radio. Music Directors are definitely mindful of Holder’s talent. Award-winning programmer Mike Thomas of KFAV in Warrenton, MO, says of Holder, “With the current youth movement in country music, this young lady stands out in the crowd as one of the most talented, energetic entertainers to come along in years.”

We agree — Thomas couldn’t be more on the mark. Her stunning range has helped to make the single one of the best of the year so far, and has landed her on many of the “ones to watch” list.

Performing live has been something that Holder has done from the start — literally, she says. “I’ve been singing since I could talk. My mom has video tapes of me singing when I was two years old. I listened to Gospel Music like Karen Peck and Dolly Parton. I’ve always been around Country or Gospel. I think that God led me to music. I grew up singing in Church, talent shows, and competitions — anywhere there was a stage in my hometown, I was there. I believe that God led me down this musical path to touch lives, and put a light in the darkness.”

Rachel recently caused a splash with a video of Lady Gaga’s “Edge of Glory” that turned into a viral sensation. “We worked really hard on it. I’m really fortunate to have a home studio at home. We went into the studio, and spent about 148 hours on it. It was so amazing. It’s a great way to get your name out these days, especially with social marketing — Facebook, Twitter, YouTube, MySpace — it’s a great way to get your attention.”

For her forthcoming debut album, Holder teamed up in the studio with producers Chuck Howard and Wilbur Rimes. She said it could not have been a better musical fit. Rimes even joins the singer on vocals on Holder’s cut of the Bob Wills classic “Faded Love.”

Holder proudly proclaims that she is definitely a “small town girl,” hailing from tiny Birchwood, TN. “My grandmother lives a mile away, as do my aunts. We are a tight-knit family. I love spending time with my family. I sing a lot of duets at Church with my grandfather. They’ve always supported me — especially my Dad. He’s taught me to be driven – to work hard, and you’ll get to where you want to go. I always respected my dad for teaching me those lessons in life that work will pay off with the dream you want.”

And, what exactly is that dream to Holder? “The definition of success to me has got to be to keep singing and writing songs, doing what I love to do. I’ve actually performed for one person in the audience before. If it’s one person, a thousand, or a million — they paid to see you. I believe that if you love what you do, and you’re on stage — you should have fun. I want to make people’s life better, to put a smile on their face for 45 minutes — whether on stage or on an album.”